Welcome back to the TJGT Alumni Spotlight! In this week’s spotlight is TJGT alumni, collegiate golfer at Auburn University, and now professional golfer, Matt Gilchrest!

During his time in junior golf, he took home five AJGA career wins and several TJGT championships. Gilchrest was such an accomplished junior golfer that he was not only named TJGT player of the Year one, but twice. He competed in 38 tournaments with the Texas Junior Golf Tour. Out of those events, he carded 13 championship trophies, 4 runner-up finishes, and 10 Top-5 finishes. It’s no surprise that Matt went on to be a stand-out collegiate player.

His time as an Auburn Tiger was also quite impressive. Towards the end of his career he competed in the 2017 Barbasol Championship where he fired (69-69-71-65) for a total of 10-under par.  Below are a few of his Auburn Career Highlights: 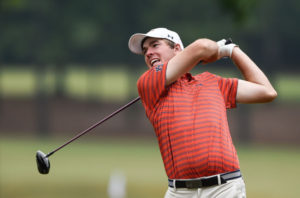 Here’s a little more about Matt! You can also check out his Web.Com professional player profile below!

“I actually work on not over working one area. It’s easy to too into one facet of the game and then the other parts lag behind”

“Don’t worry too much about college recruiting and how to “play their game”. Just play well and play in big events, then they will chase after you.”

“Traveling all over the state with my dad in an effort to be player of the year….which we won. Thanks again dad!” 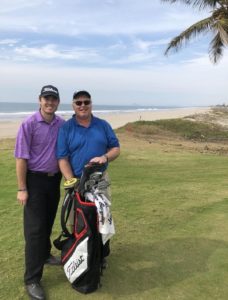